My dream is to promote this hobby in Malaysia and around the world so more people can enjoy the true beauty of Nature Aquarium.

AJ:  Tell us how you feel now that you won the Prize in the IAPLC 2021.
Due to the on-going pandemic, the result announcement of IAPLC 2021 was again through live stream and it has created the anxiety among all the participants, just like 2020. It was a fun and intense moment during the result announcement for those who participated, to the point that most of us are not entirely sure whether we want our names to be called.  To be very honest, I was expecting my name to be announced much earlier this year but as the announcement went on and my name has not appeared, I was starting to worry that I might not even be in the top100 at all. It was a totally unexpected result for me and I was extremely happy to be in the Top7. This ranking has given me a new sense of purpose and encouragement going into 2022. There was a brief moment this year that I felt the momentum to compete has dwindled and there was this voice inside my head telling me that maybe I should take a rest – after 13 years of competing at the highest level, I thought it might be a good opportunity to take a break and to recharge. This pandemic has put a toll on everyone and with the stress it brings, it was really hard to concentrate on aquascaping. Anyway, I was grateful that I resist the temptation (to rest) this year and now I am full of motivation again to go on. I hope to create something to challenge myself next year irrespective of how it will be ranked – it feels kind of fun, just like how aquascaping is supposed to be.

AJ: Tell us what you wanted to express with your layout work; layout theme, motif, ideas behind your winning work.
It was not an easy year for everyone due to the pandemic, people are losing their jobs, health and even their lives. When it comes to IAPLC 2021, I did not start with a design in mind but I know that I wanted to create something that commemorate this tragic event and remind ourself that we are very fortunate to stay alive and healthy. That is when the theme “Embrace” came onboard as I believe that we should embrace and cherish this moment no matter how hard the situation around us may be. After deciding on this theme and storyline, I started to think of a design that can best represent the expression of “Embrace”, at the end, I decided on the concept of 2 arms seemingly hugging each other. I think that this could be the best way of relating what I have in mind and presenting it using aquascaping layout.

AJ: What was the most difficult aspect of creating and maintaining this layout work?
The most difficult aspect of creating this layout is to express an intangible theme/concept – Embrace – and making it visible and understandable by the audience. The theme of this layout is not something like forest or mountain that can be easily expressed in a common aquascaping way but a rather “abstract” one, so I find it quite challenging to transform such a theme into aquascaping layout. Once this obstacle is cleared, the setup and maintenance was relatively easy as it is a very spacious and open layout, there is nothing to obstruct my hands for maintenance and making changes. However, this layout does leave a little bit of regret and afterthought for me as I believe the layout look better 1 month before I took the final photo, where there were lesser plants volume and more woods were revealed, it has a more imposing impression than the final photo.

▼
AJ: Tell us about the layout materials (Rock and driftwood) which were used for this layout work.
A few local Malaysian driftwoods were used as the main structure of this layout, creating 2 arms that look like hugging or embracing each other. Some smaller woods were added to the layout to create more details and textures. Black lava rocks were use as supporting element in this layout.

AJ:  What fascinates or attracts you the most about planted aquarium hobby?
The ability to recreate nature in a small aquarium is fascinating! To challenge the limit and create something new every year is hard, but it gives me the motivation to keep scaping and move forward.

AJ:  Do you have any tips for winning the IAPLC?
The beauty of IAPLC is in its unpredictability – every year, there is new trend emerging and the top ranking layouts are evolving, making it very challenging and interesting at the same time for the participants to predict a certain trend that will do well in this competition. But there are still some fundamental elements that all top ranking layouts will need to have: high impact, bold, creativity, natural underwater feeling, good plant health/volume and showing the passage of time. These are some basic guidelines if you want to be among the top of the world. 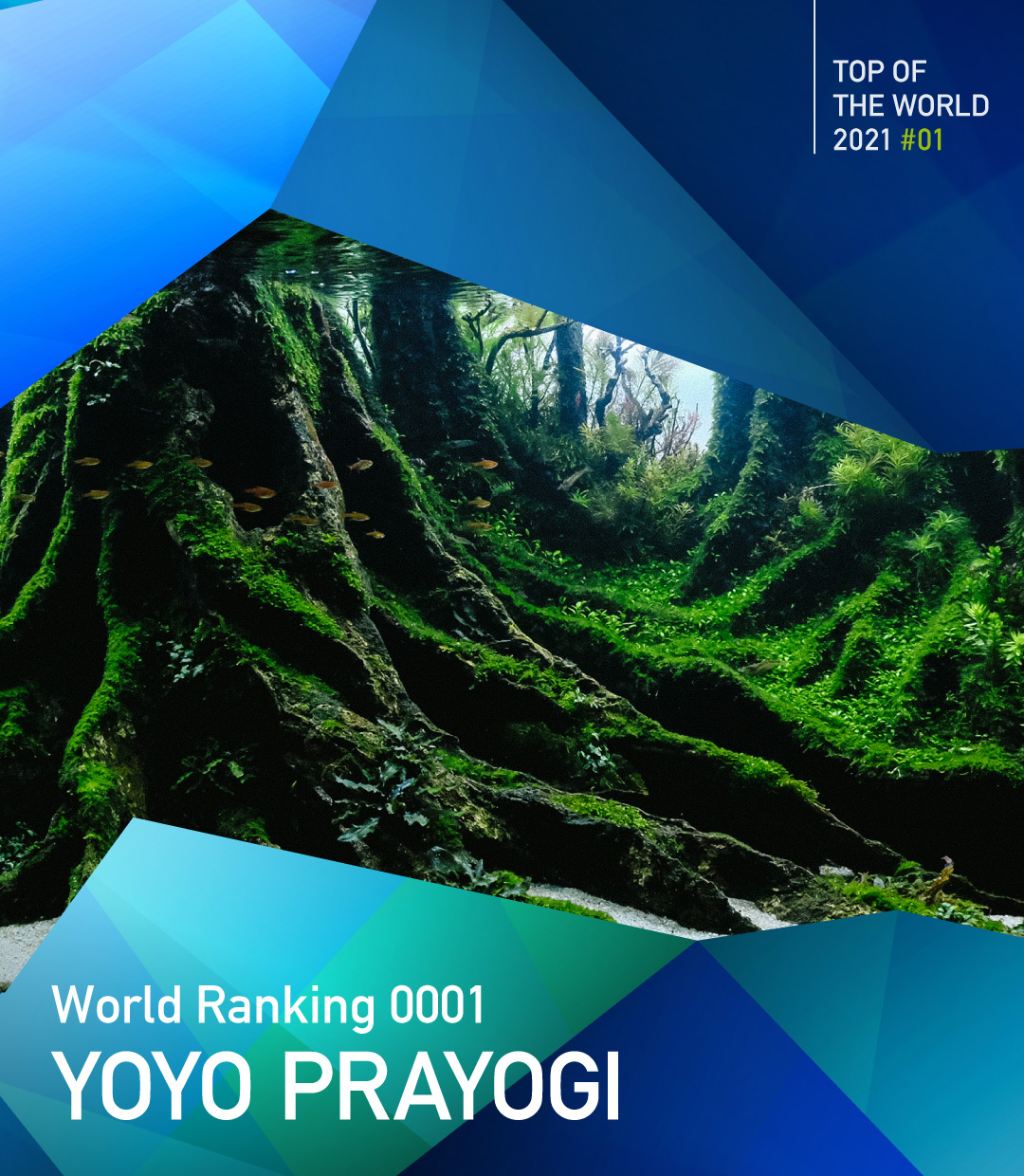