I think how to create compositions varies depending on people or cases. But for this layout, I created a composition by planning backward from a completion image. The layout in my imagination was that there was a large above water section, and moss and jungle plants were thriving there. Consequently, the composition materials were predicted to be hidden and become less impressive. So, to leave an impression of the composition structure even after the plants flourish, I chose Sansui Stones with a rough impression for the composition materials and tried to make them look powerful with the way I arranged them. The aquarium tank I used this time was a special W180cm aquarium tank with a depth of 120cm which was twice the normal. So to take advantage of the depth, I created a concave composition giving the illusion of depth in the middle by arranging Sansui Stones and emphasized the depth by spreading white cosmetic sands in the foreground. And pumices were spread under the Aqua Soil as fillers.
Composition structure with rough impression
Rough and powerful Sansui Stones were extensively used for the composition structure. As arranging from larger stones and creating the structure, the substrate materials were spread separately (Aqua Soil and Cosmetic Sand), and the overall balance was adjusted accordingly.
Stone Selection
Massive Sansui Stones filling up the gallery. Appropriate shapes and sizes of the stones that fit my imagination were roughly chosen in the material storage sites. I carefully chose stones for the layout from the collection.

Special size Sansui Stones were arranged by adjusting the tilt with smaller stones, not bonding agents or glues. There are so many things we can learn from nature for fixing stones.

Use of pumice
In between the stones, small Sansui Stones and pumices were used for keeping each stone together. Besides the retaining purpose, pumice is great for preventing substrate compaction and maintaining the water permeability.

Composition in consideration of the growth of plants
While estimating how much the plants grow and soften the impression, the composition was intentionally created overpowering. By covering the Sansui Stones with moss, Wabi-Sabi was effectively executed. 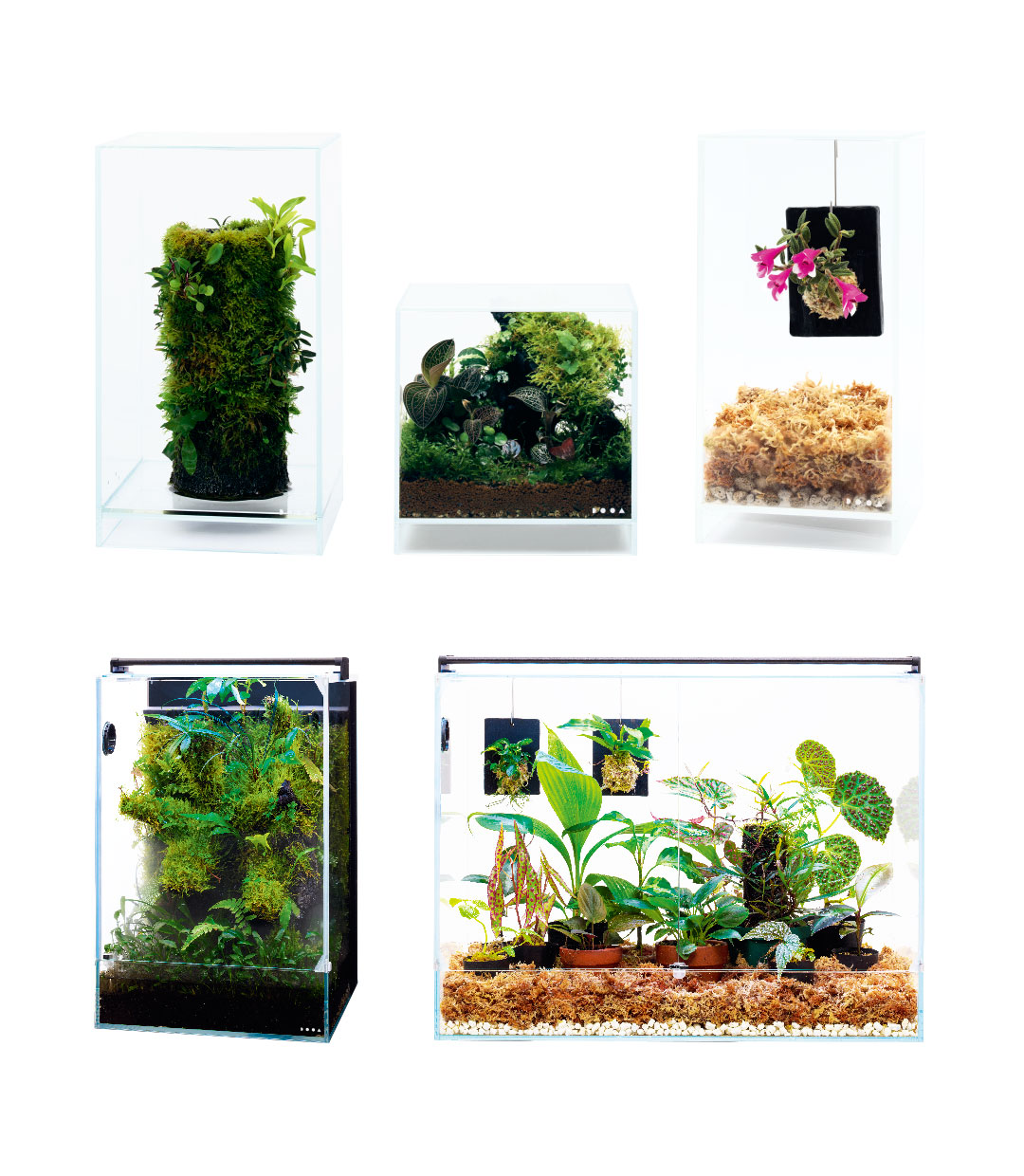 ADA Review ‘Have a fun growing plants with various styles’ 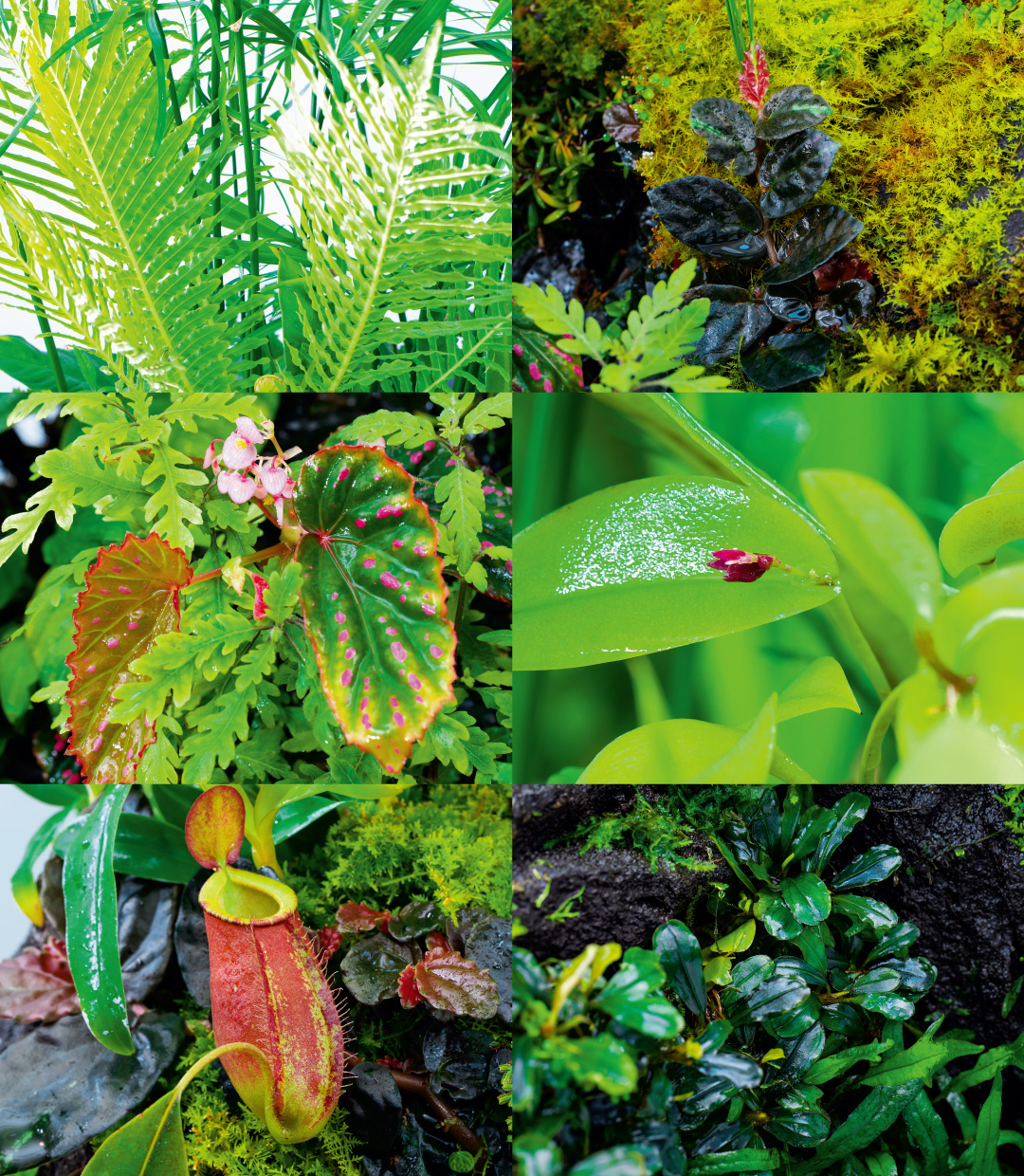 NATURE IN THE GLASS ‘Circle of Water’ PART 3 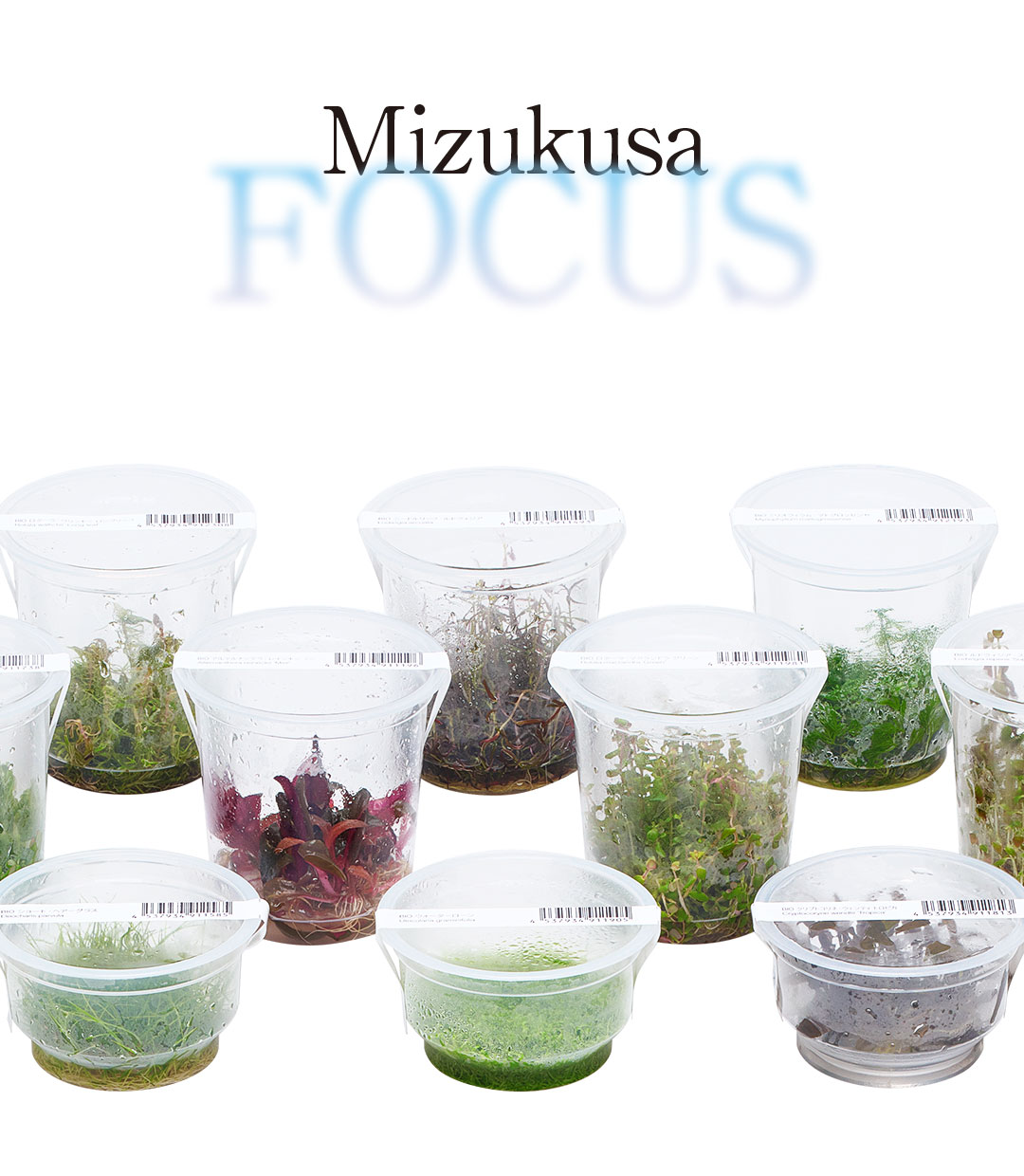 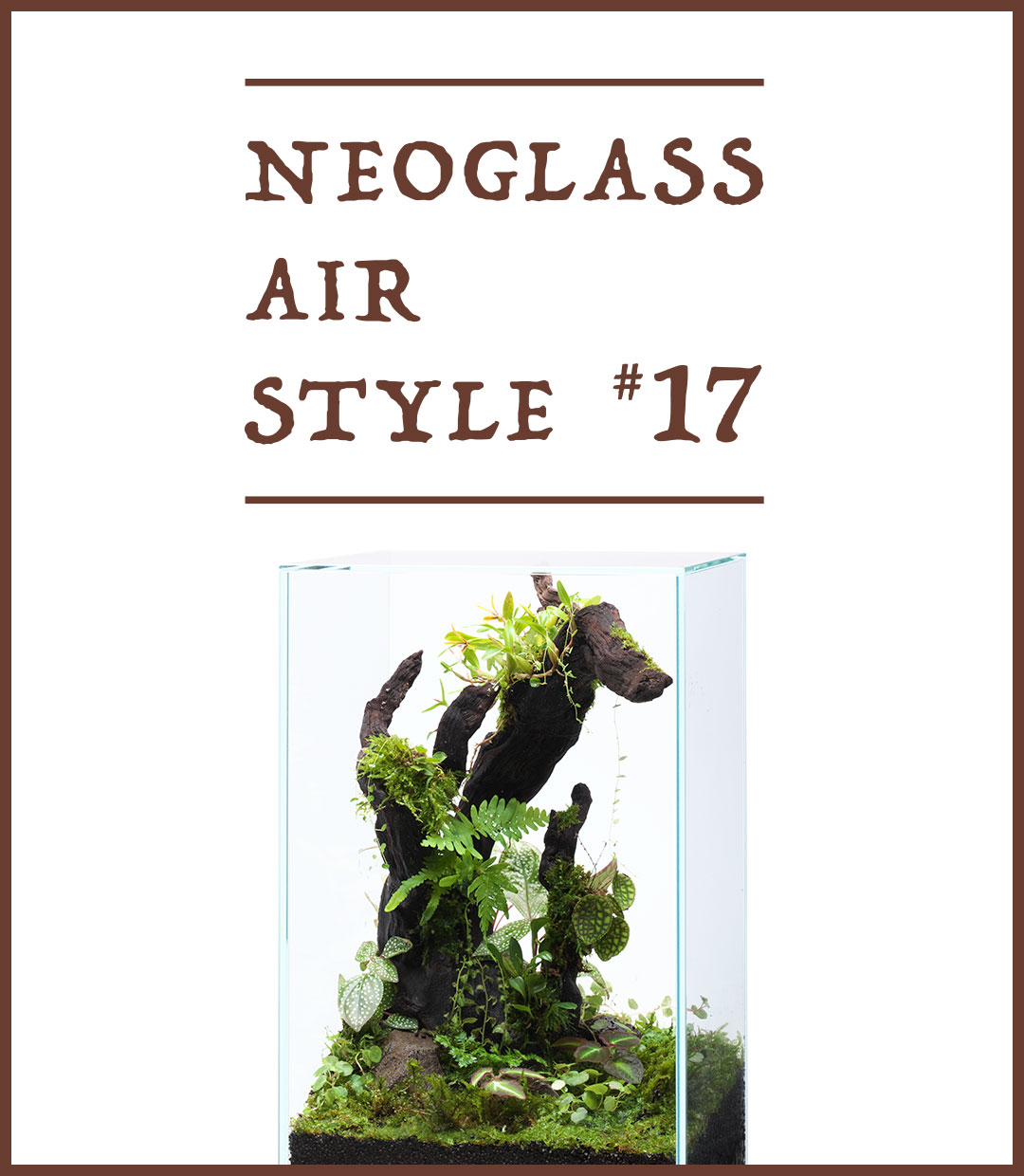 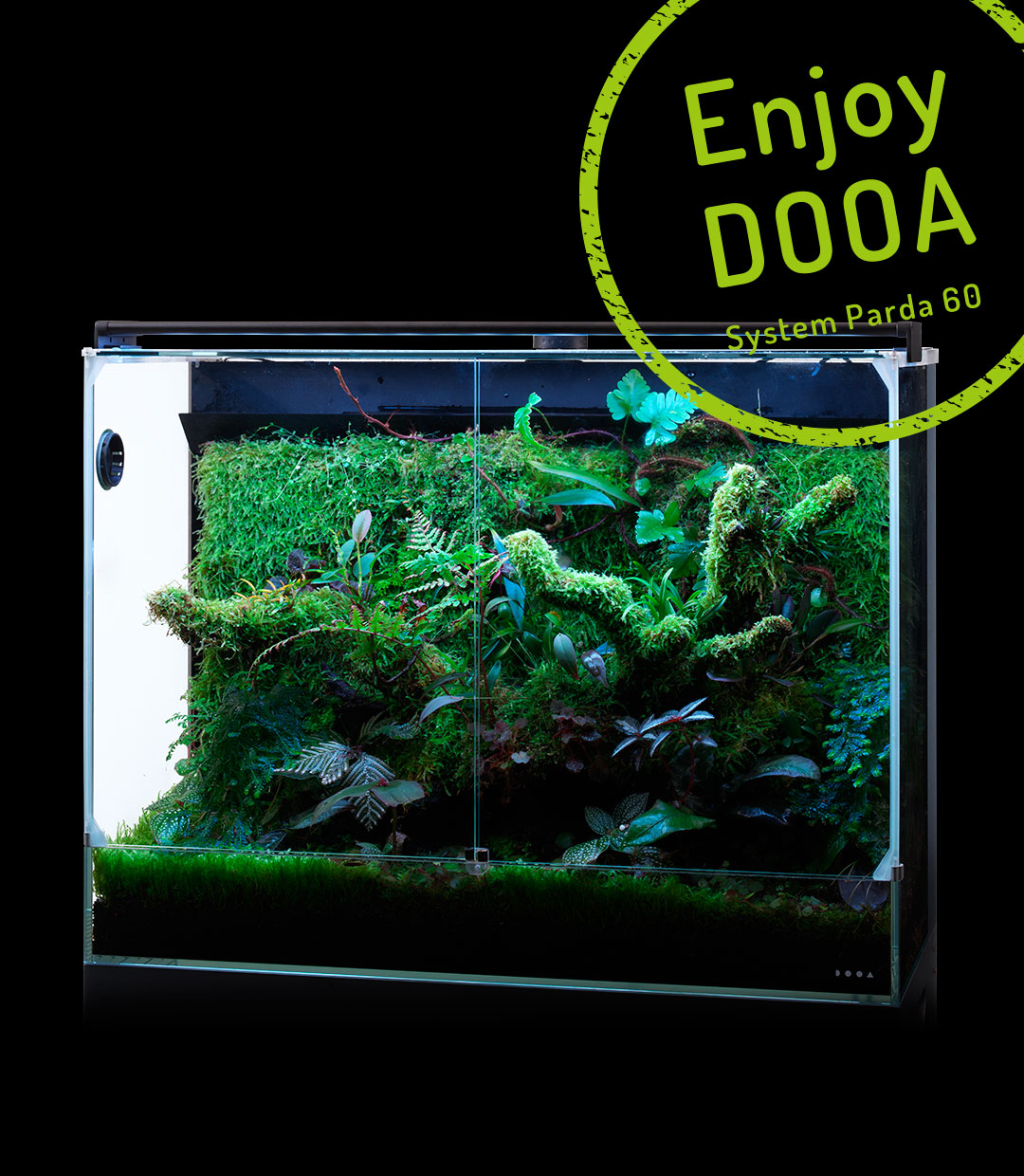 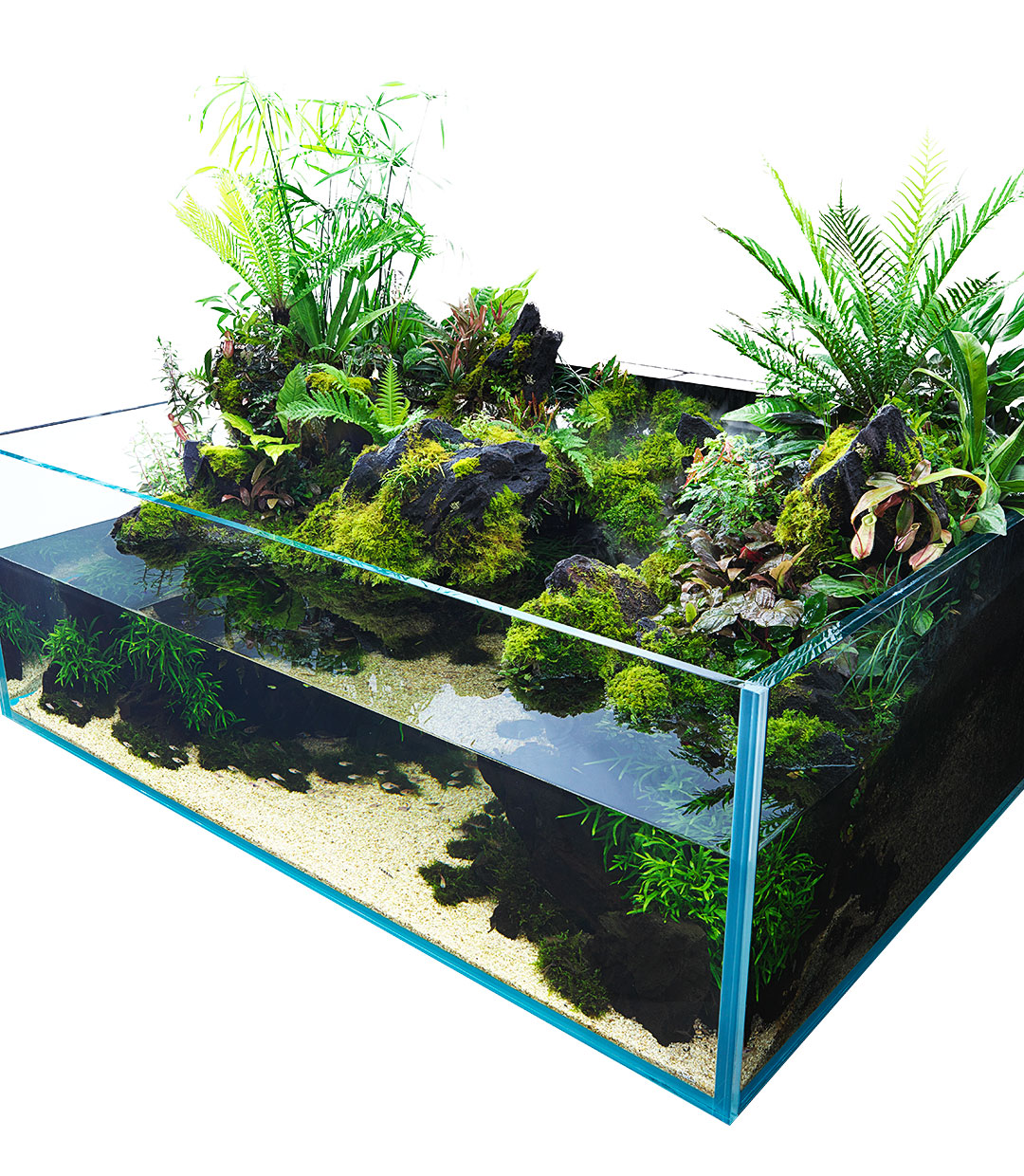 NATURE IN THE GLASS ‘Circle of Water’ PART 1 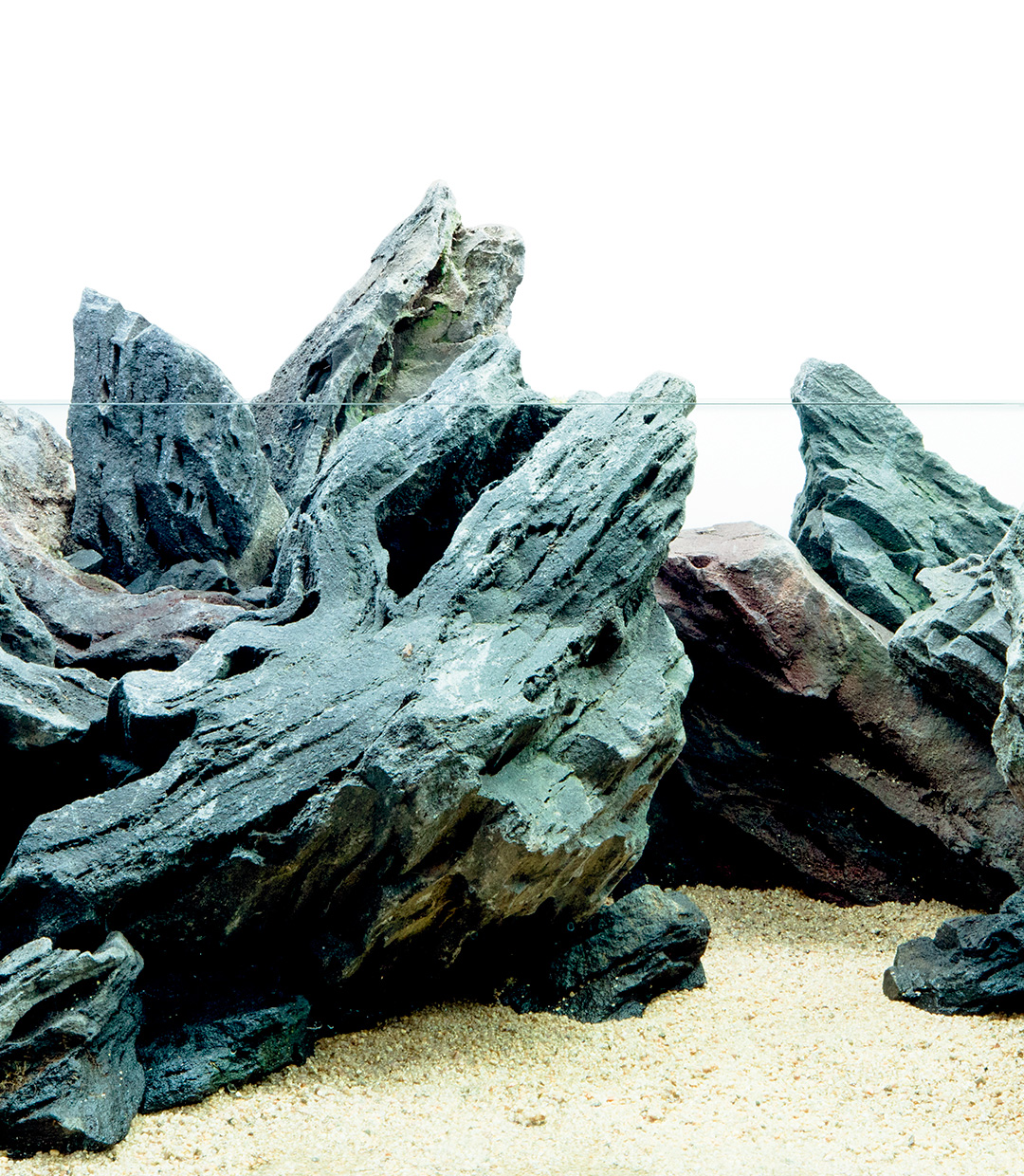 NATURE IN THE GLASS ‘Circle of Water’ PART 2