An aquascape featuring shade plants can be enjoyed for a long period of time with little effort because these plants grow relatively slowly. It’s very appealing that the aquascape will evolve dynamically with the passage of time as moss spreads and ferns get deeper in color. I will show you some practical maintenance techniques that are useful for long-term maintenance of this type of aquascapes.
①Trimming of foreground moss
Vesicularia sp. was trimmed down drastically because it had overgrown, covering portions of the cosmetic sand area and entire rocks, and undermined the bold impression of the rocks. Pro-Scissors Wave is handy for trimming in tight spaces.
②Removing some moss to show silhouette of branches
The grown moss was picked off with fingers to show the lines of the driftwood branches clearly. Pro-Brush can easily clean the surface of the driftwood that needs to be exposed. The moss was removed a little bit at a time and left partially to blur its boundaries with the driftwood.
Leaving moss partially on driftwood
I left some moss on the driftwood because if all of the moss were removed, there would be no way to sense the passage of time. I also trimmed the area on which I wanted to leave some moss with Pro-Scissors Short, taking advantage of their long blades.
③Re-wound Vesicularia sp. to driftwood
Vesicularia sp. covering small driftwood branches was also removed and re-wound. For less epiphytic Vesicularia sp., Terra Line is more suitable to use than Moss Cotton or Riccia Line because it will not be dissolved.
④Trimming of H. pinnatifida
The moss and Hygrophila pinnatifida grew too thick, and they were about to start floating because the light hardly reached the lower part of the plants. I trimmed down this area to show the surface of rocks in order to secure the open space and regain the dynamic element of the aquascape.
Rewinding Vesicularia sp. on small rocks
With Terra Line, I re-attached Vesicularia sp. to small rocks where the moss had peeled off, and then placed them back where they had been originally.
⑤Adding a solid nutrient additive, Bottom Plus
Red colored Blyxa auberti, planted as a color accent in the aquascape, was losing its color due to the lack of nutrients in the substrate after a considerable period of time. As a countermeasure, Bottom Plus was added to the substrate to replenish nitrogen and iron, which help improve red color intensity of plants.
Long-term changes in the aquascape
In the past few months, the aquascape was maintained only by removing old leaves. It was time for a drastic improvement as its 3 dimensional quality became obscured by the moss, covering the entire layout.
Please check it at the NA Gallery! 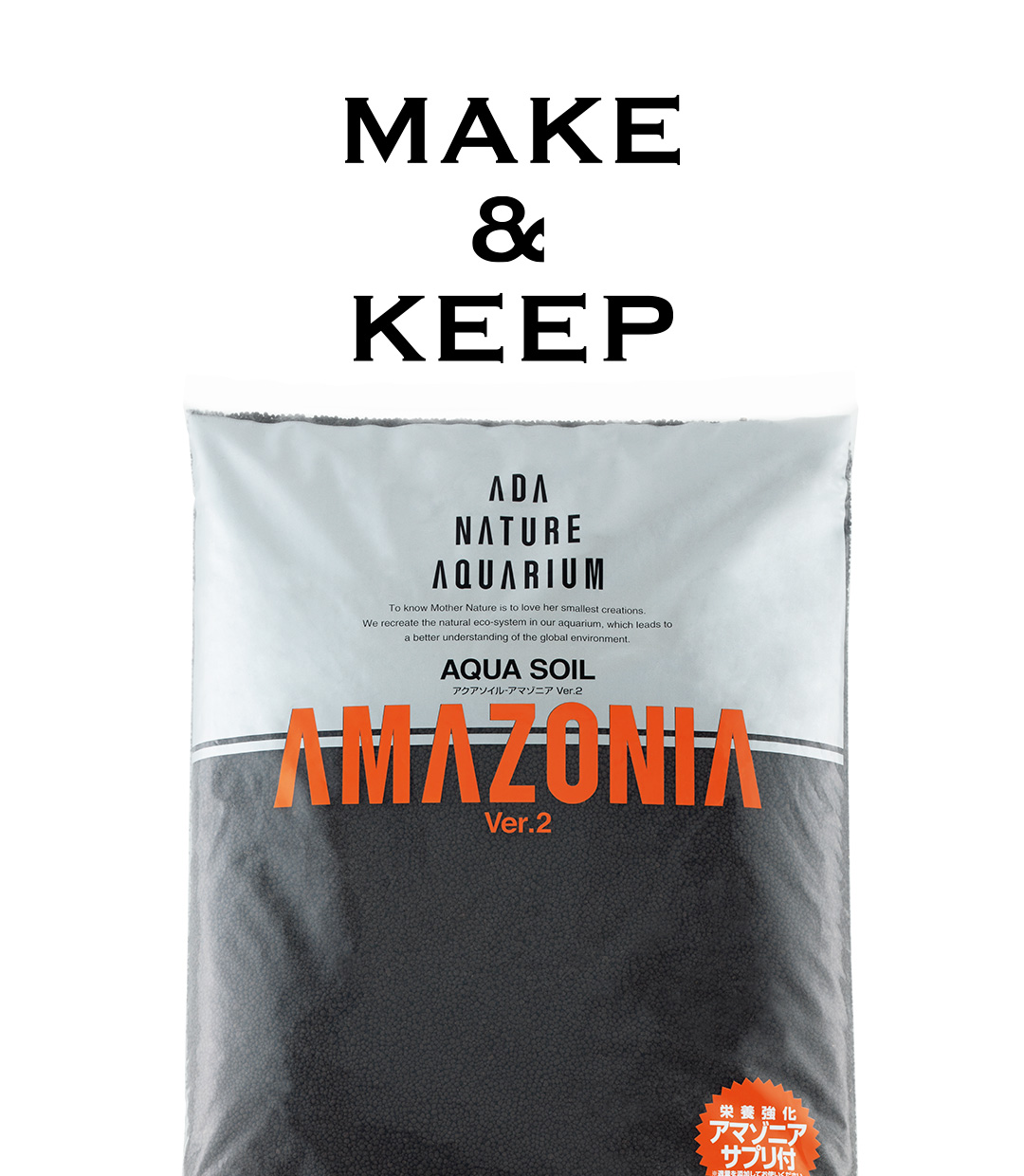 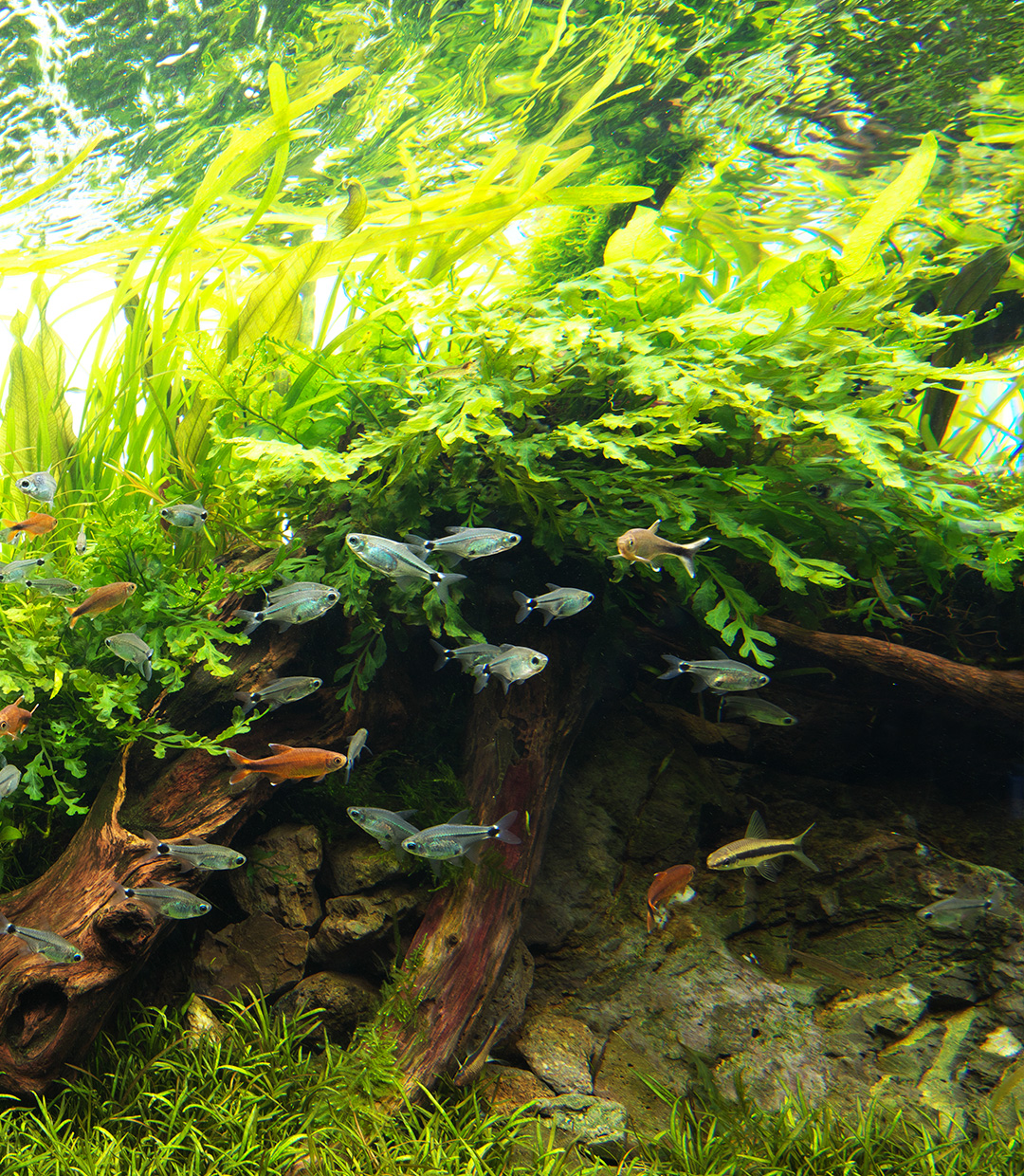 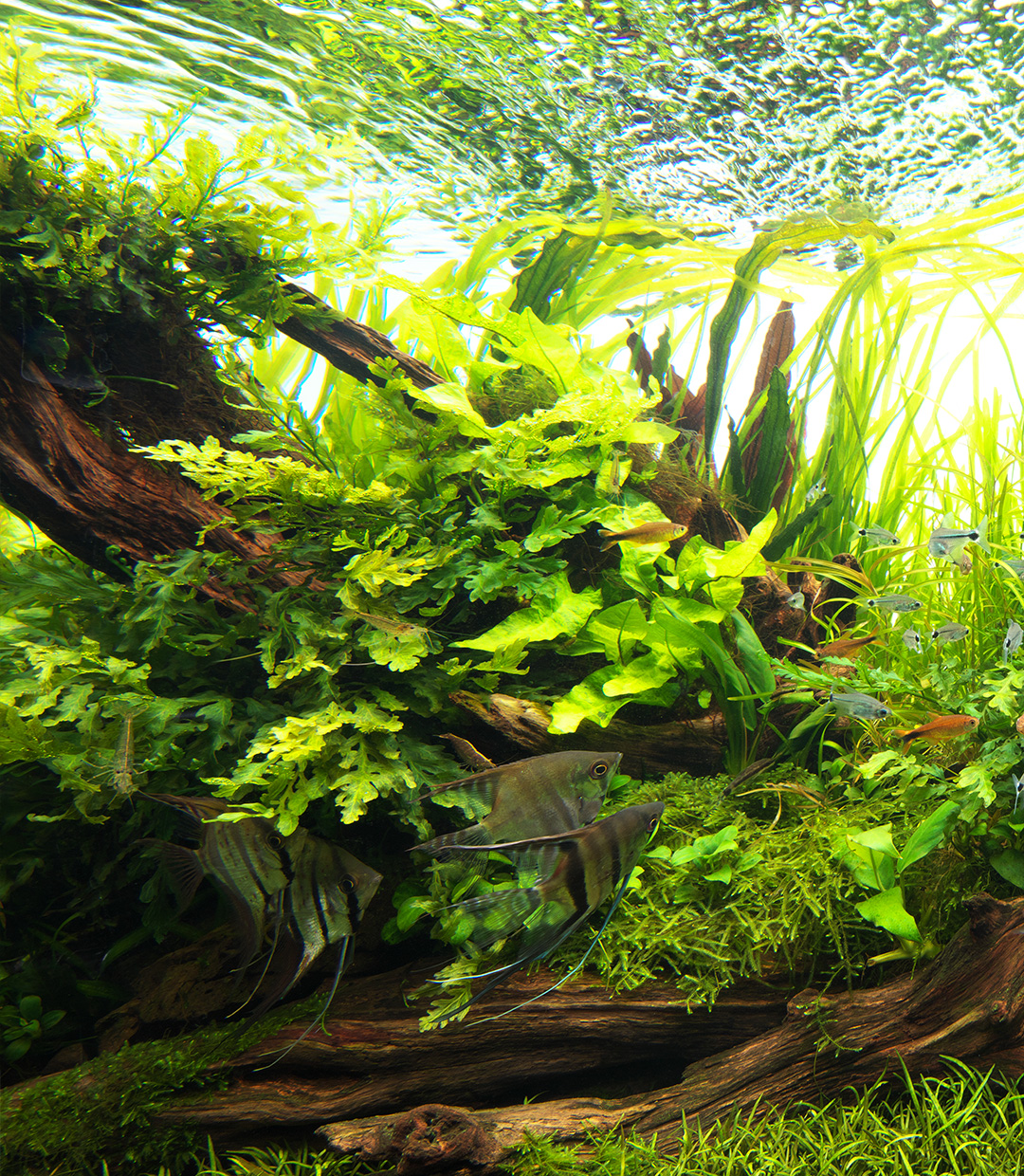 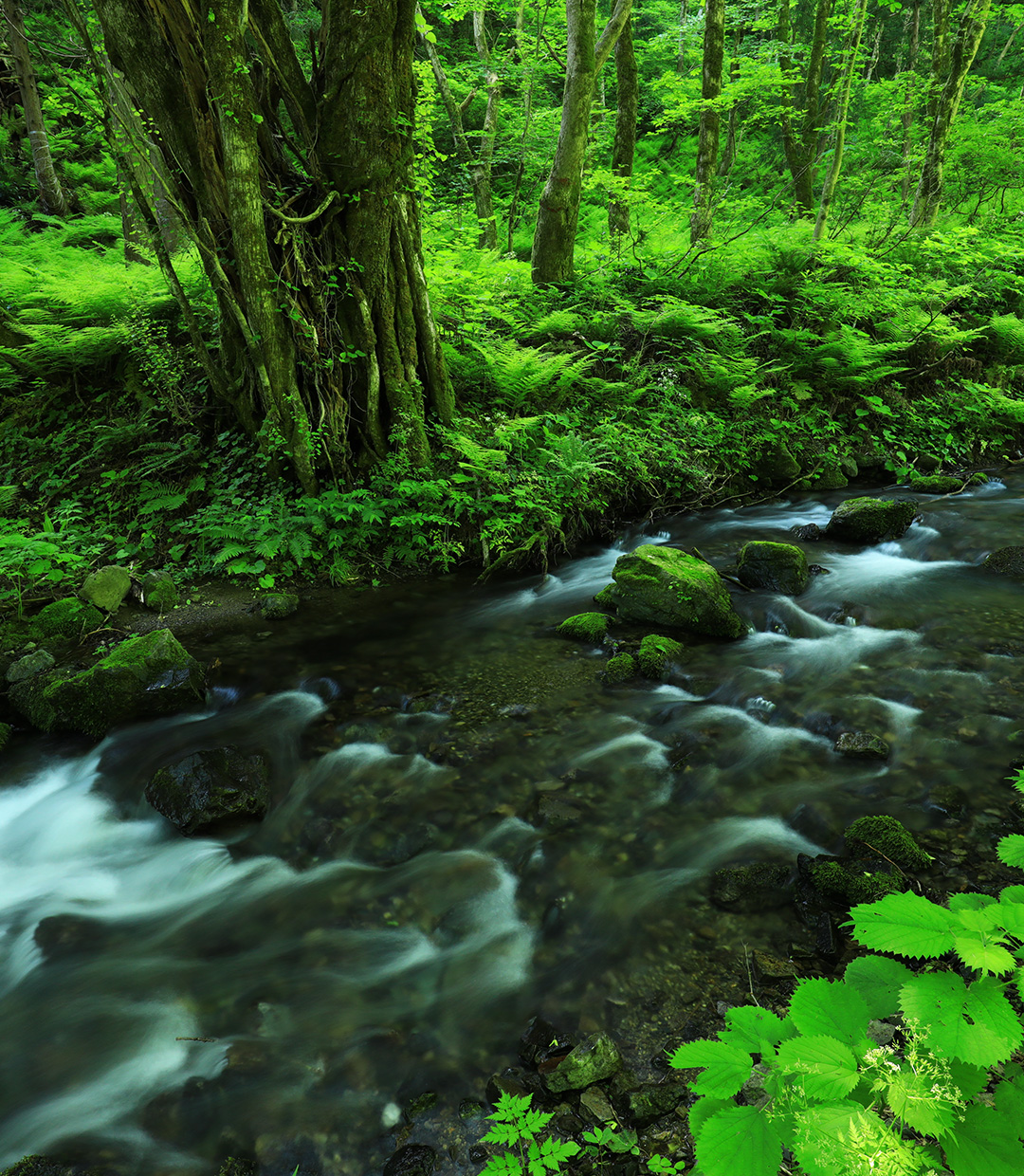 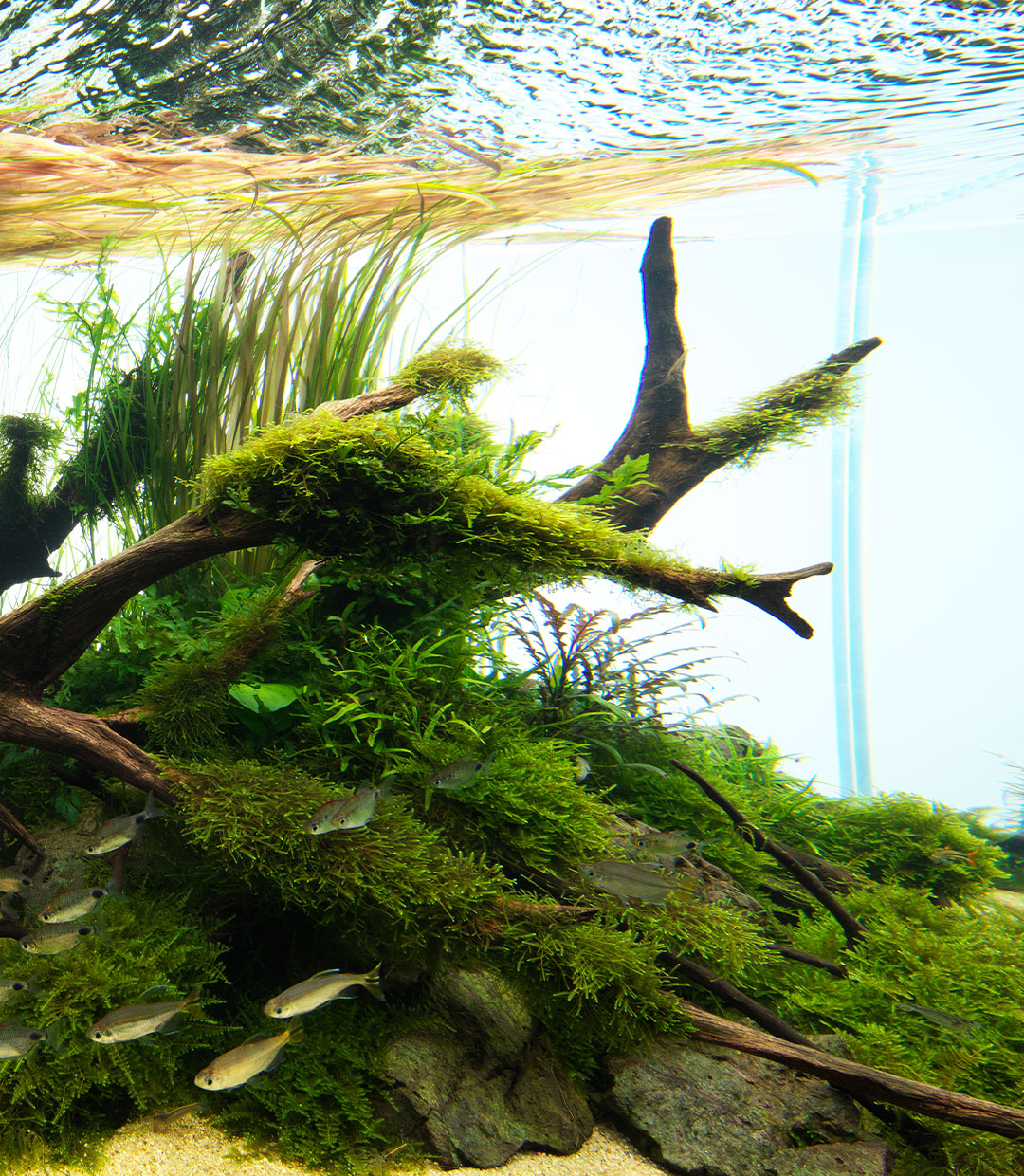 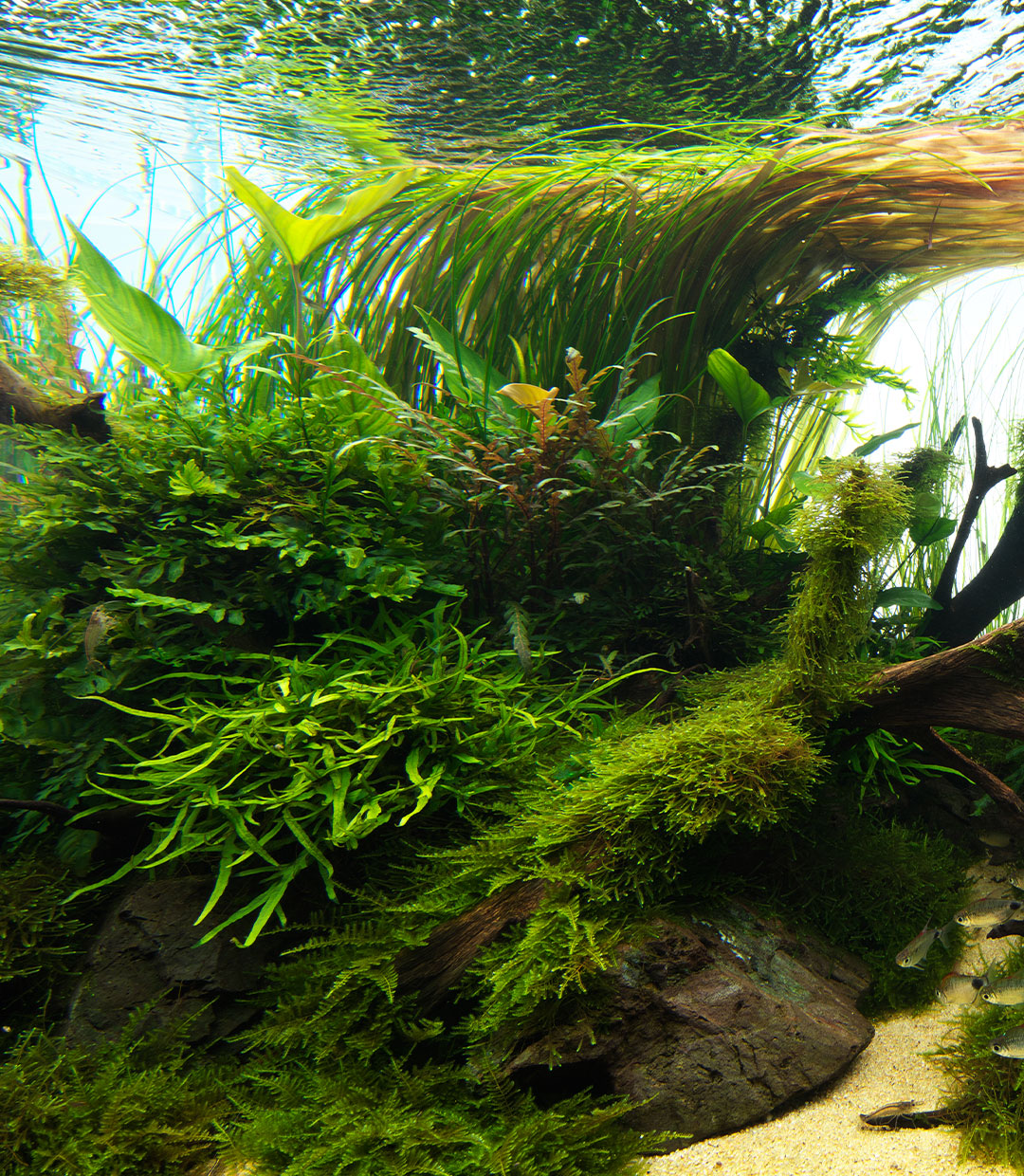 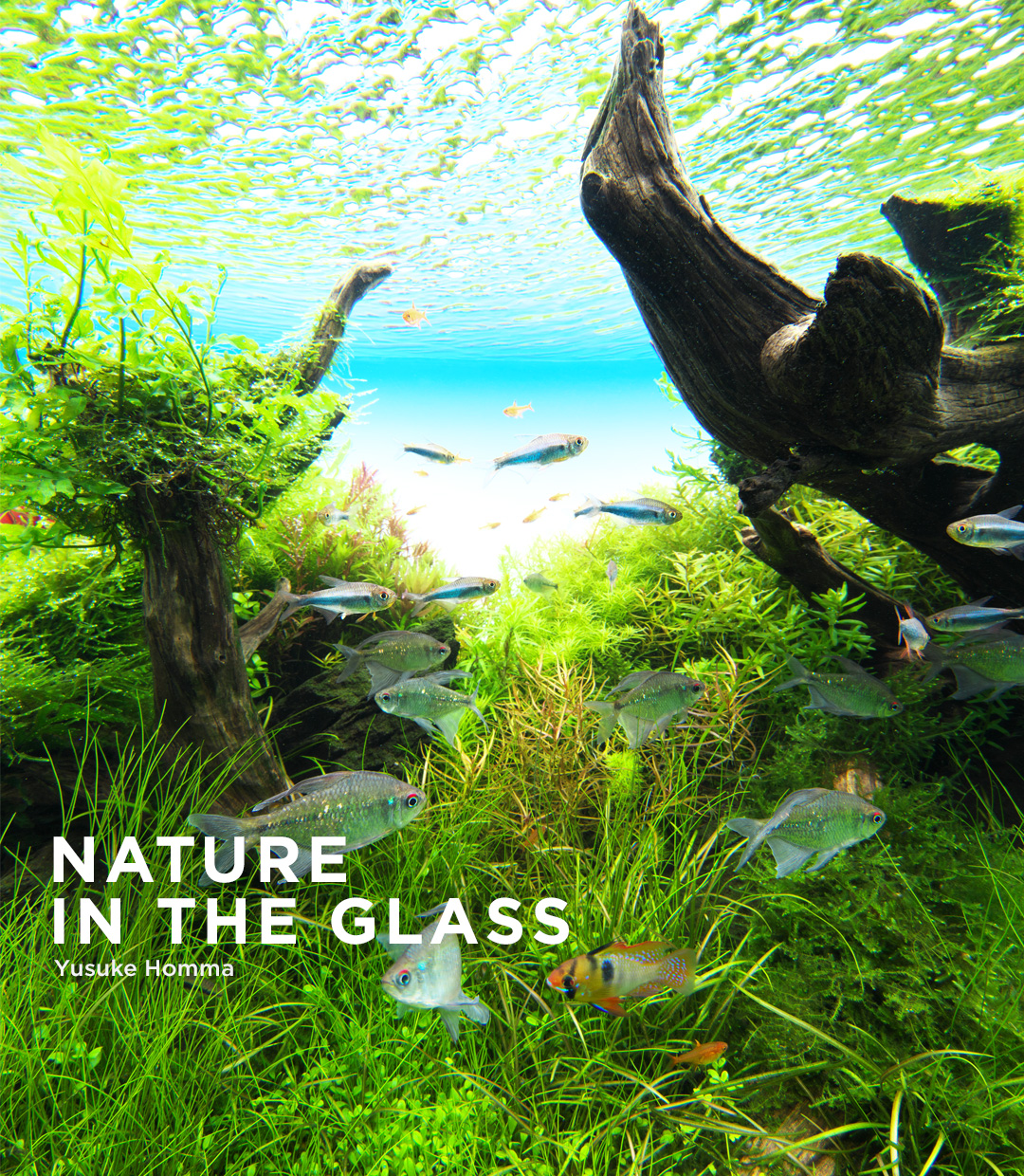 NATURE IN THE GLASS ‘Admiring Spring’ 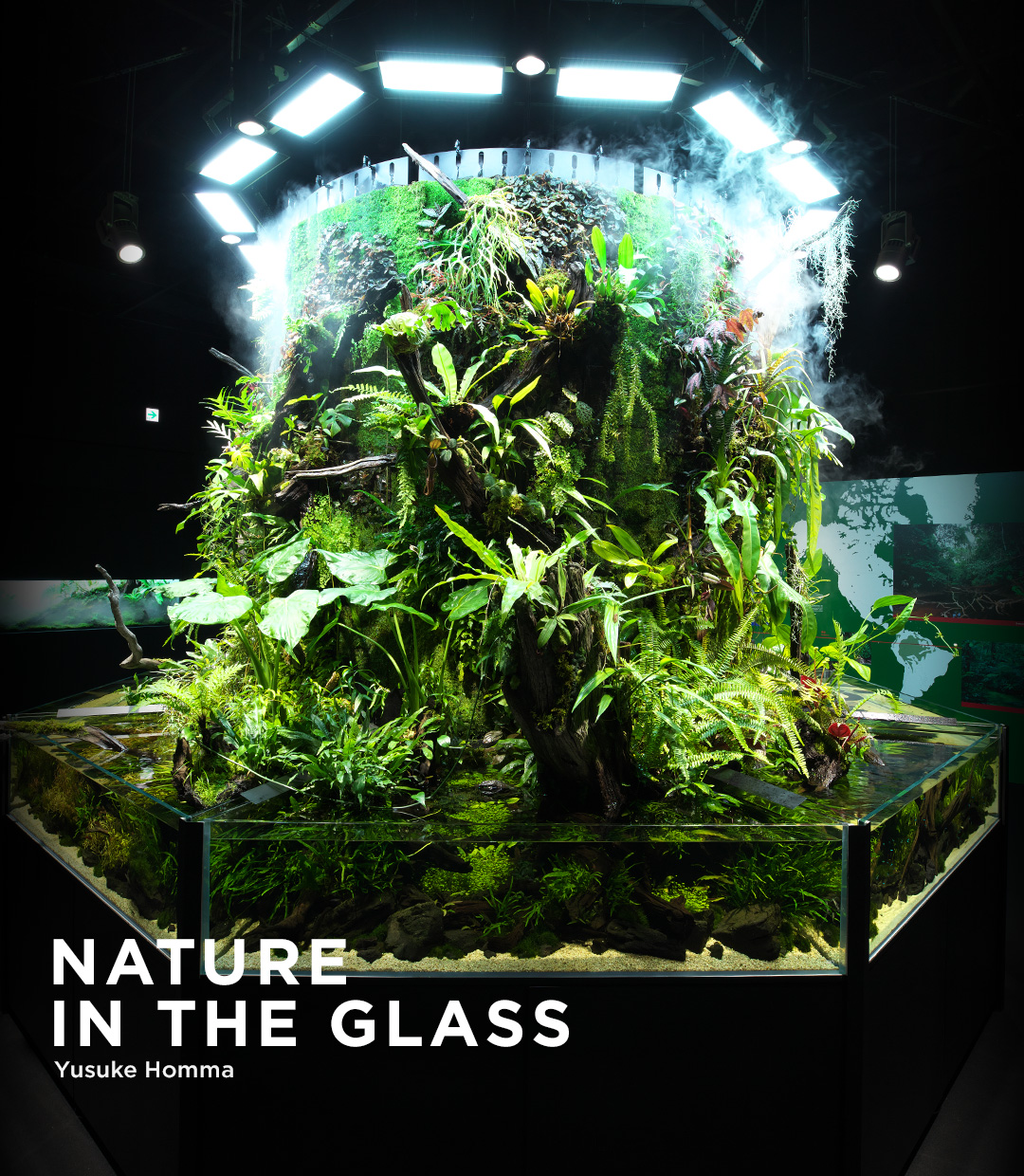 NATURE IN THE GLASS ‘Invitation To Tropical Rainforests’