To train your ability to construct a layout composition, training for Iwagumi stone arranging is effective. However, materials that can be used are generally limited, and it is difficult to arrange them well in such a situation. Three SUIKEI creators were asked to challenge themselves to arrange a composition in one-game match in 30 minutes. Bravo, a revival of the Iwagumi challenge! What will be the result?

Aiming for a structure that combines a sense of perspective and a flow.

I tried to make a composition as technically as possible. As having a radial mountain like layout in my mind, I created a sense of perspective and vastness by placing small stones in the back of the center. Regarding the stone on the far left, according to the Iwagumi theory, I’m supposed to place the stone in the opposite direction. But, by daringly placing the stone at this angle, I also tried to create a flow from left to right just to add something extra. I’m just trying to show some playfulness. But, am I breaking the rules though?
Stones used
11 out of 12 Ryuoh Stones are used.  Arranging the stones technically with the maximum number.

AJ’s comment
Contrary to the theory, by having the stone on the far left placed in the same direction as the Oya-ishi (main stone), we got the impression that the expression of the flow became stronger all of a sudden. Even placing just one stone can impact the overall impression. That’s the fun part of Iwagumi, and the difficult part of it too.
Creator’s vision for planting
I would like to create a vast worldview by planting Hydrocotyle sp. in the foreground and Hemianthus callitrichoides and Micranthemum sp. ‘Monte Carlo’ in the mid-ground and background,

I expanded my imagination from the unique Oya-ishi in the center and simply arranged stones while imagining a world in a Japanese Sansuiga painting where rocks are exposed here and there in a dense fog. Although I have created an aquascape with a composition in which stones were randomly placed on purpose, it was my first time to create a Sanzon Iwagumi. It was challenging for me to bring out my originality since Sanzon Iwagumi has a basic stone arrangement to follow.
Stones used
6 out of the 12 Ryuoh Stones are used. Keeping the arrangement simple.

AJ’s comment
It is a stable Sanzon Iwagumi with a group of stones having the center of gravity at the golden ratio of 1:1.168. If you look at the Sute-ishi (rubble) on the lower left, there are two stones. Although the materials were limited, they were naturally arranged as planned.
Creator’s vision for planting
By planting Micranthemum sp. ‘Monte Carlo’ in the foreground and Hydrocotyle sp. from the mid-ground to background, I created an atmosphere of a misty place deep in the mountains.

When I first saw the two large stones, I decided to make a composition in which the two stones were supporting each other. Actually, that’s my personal favorite Iwagumi expression these days. I placed stones around the two large stones while envisioning a scene where reefs are connected on the seabed. But I wasn’t sure about the overall balance in the middle of arranging the stones. However, I finally finished the work by checking the balance away from the aquarium and near the aquarium, and by fixing the unbalanced areas too.
Stones used
10 out of the 12 Ryuoh Stones are used. Two large stones are fixed with small pebbles.

AJ’s comment
It is a good example of getting hints of stone arrangements from observing a coastal landscape. Regarding the arrangement of the stones supporting each other, the evaluation might be divided between the conservatives and reformists. We tend to pay attention to the two stones in the center, but the appearance of the stone on the far left is great too.
Creator’s vision for planting
In order to create a refreshing-looking reef landscape in which you can feel a breeze, I want to plant Glossostigma in the foreground, Eleocharis parvula in the mid-ground, and Eleocharis acicularis and Riccia fluitans in the background together. 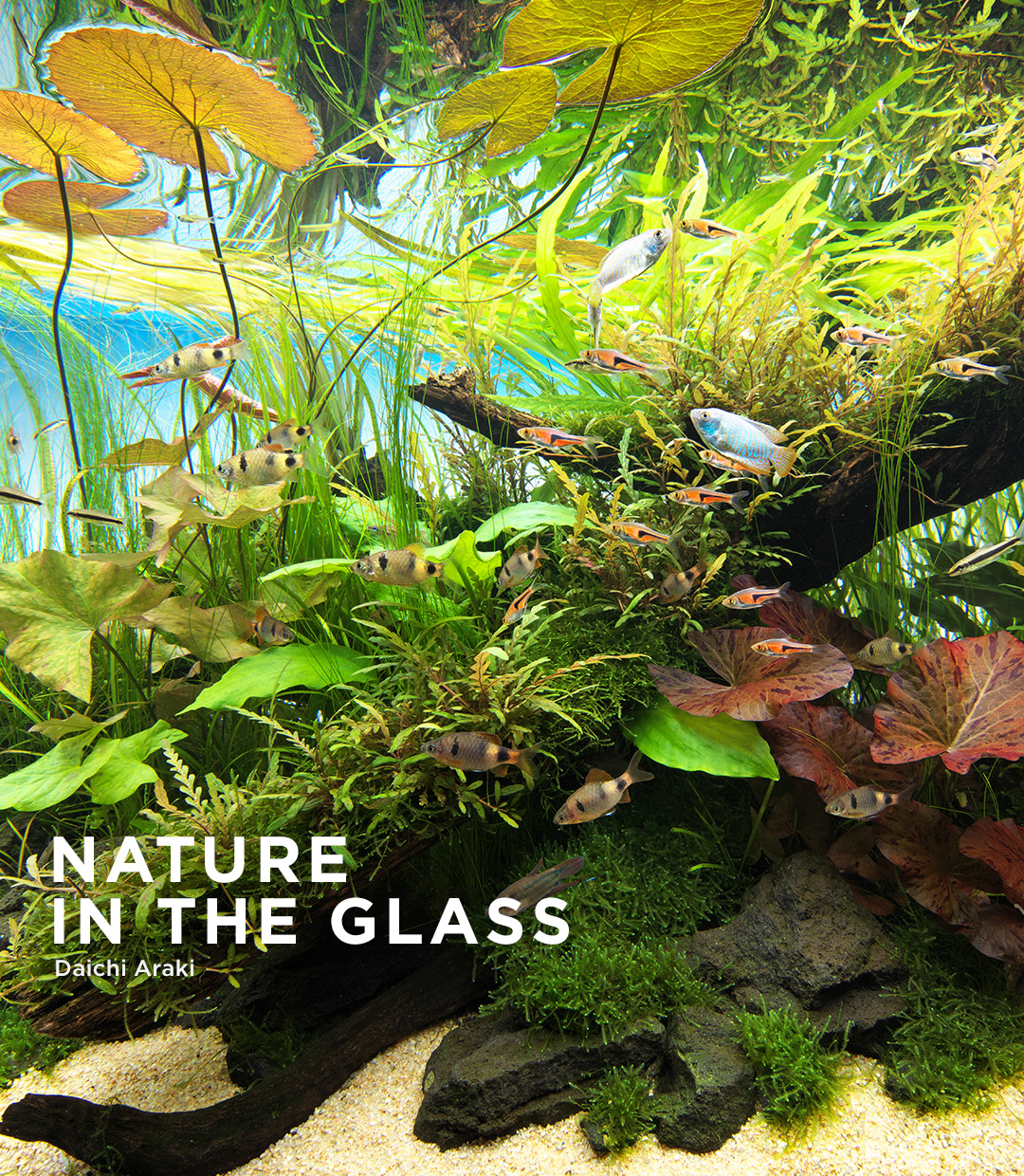 NATURE IN THE GLASS ‘Habitat’

Let’s begin with triangular compositions. – The launch of the AJ composition study club! – 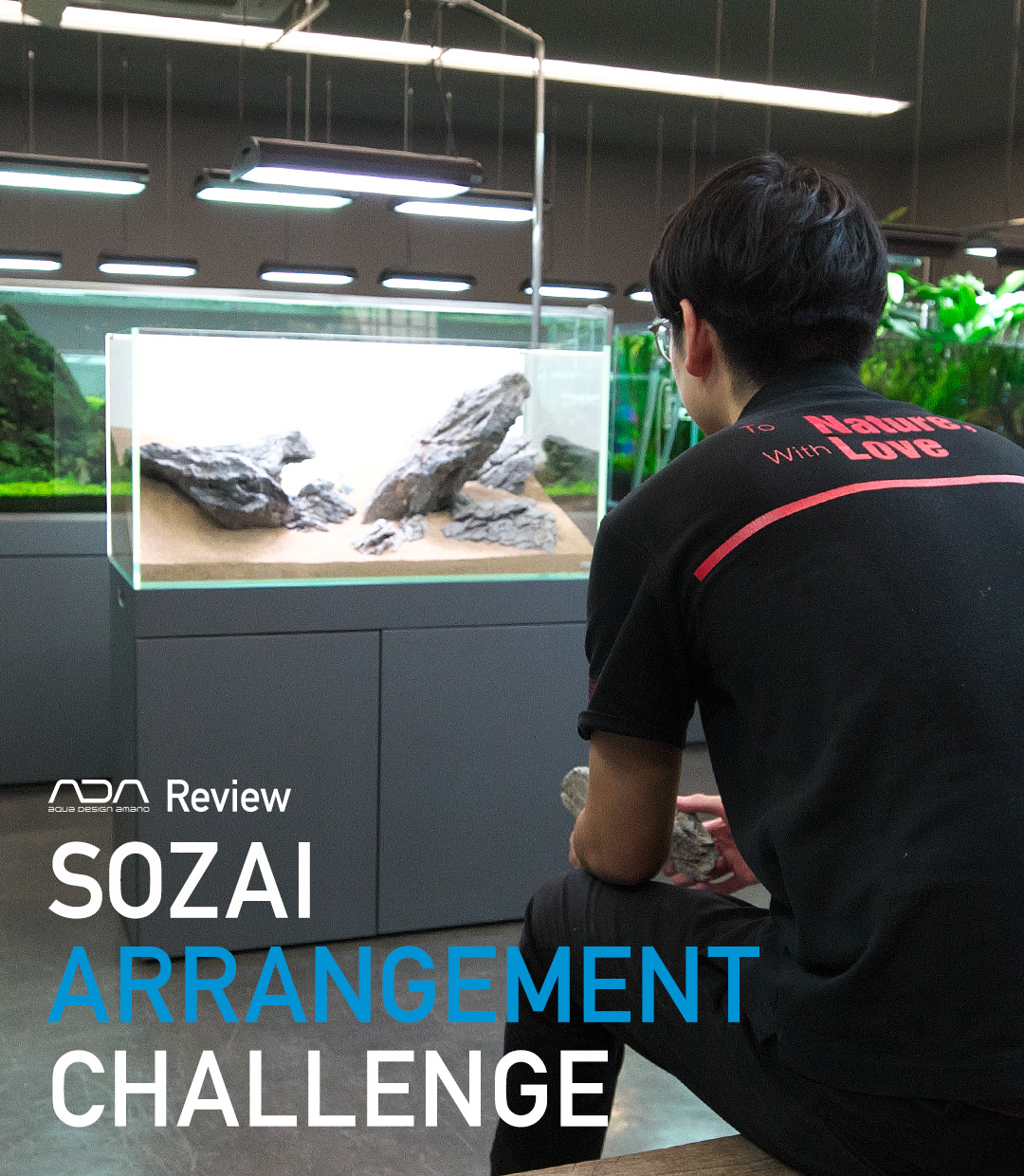 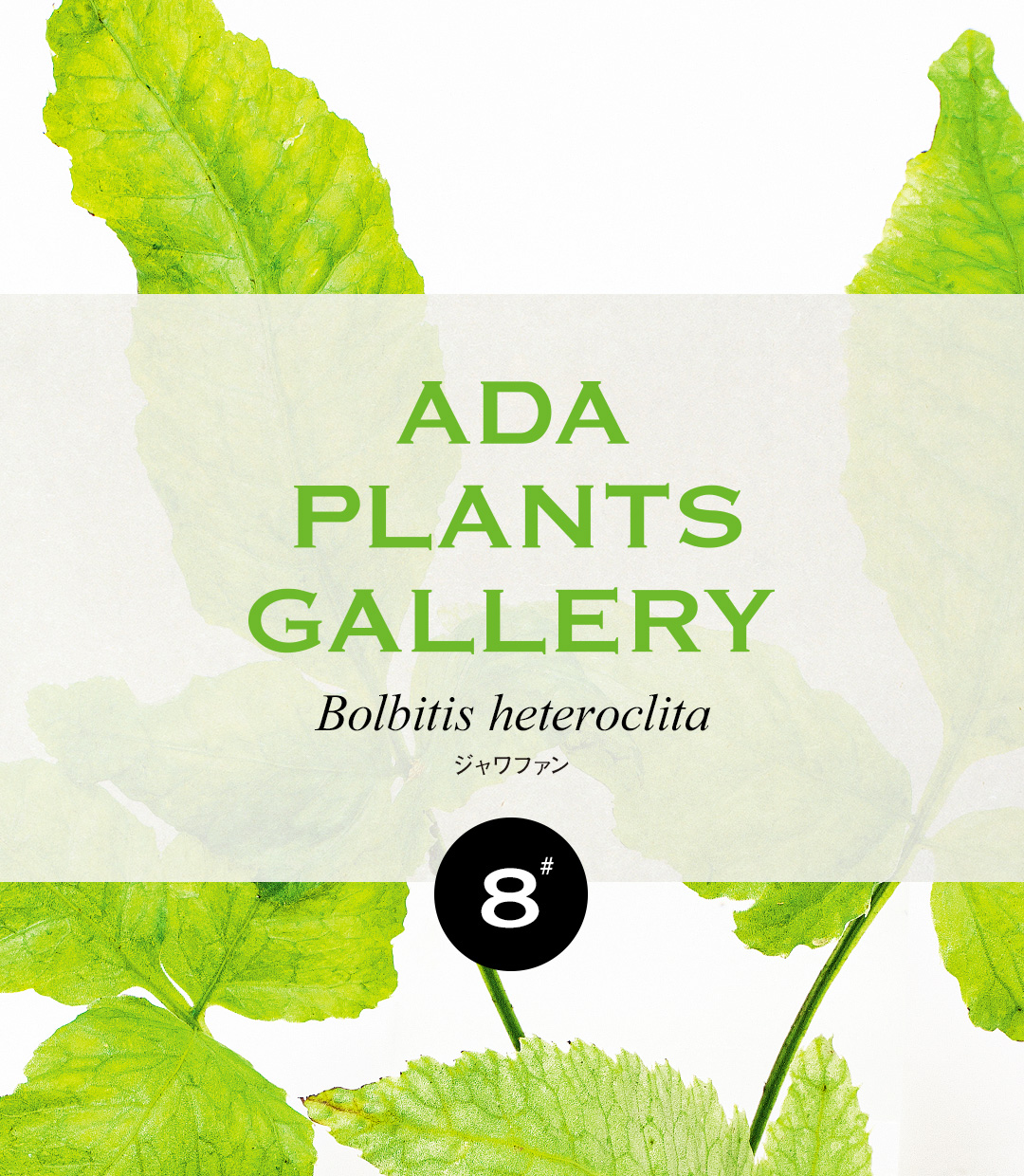 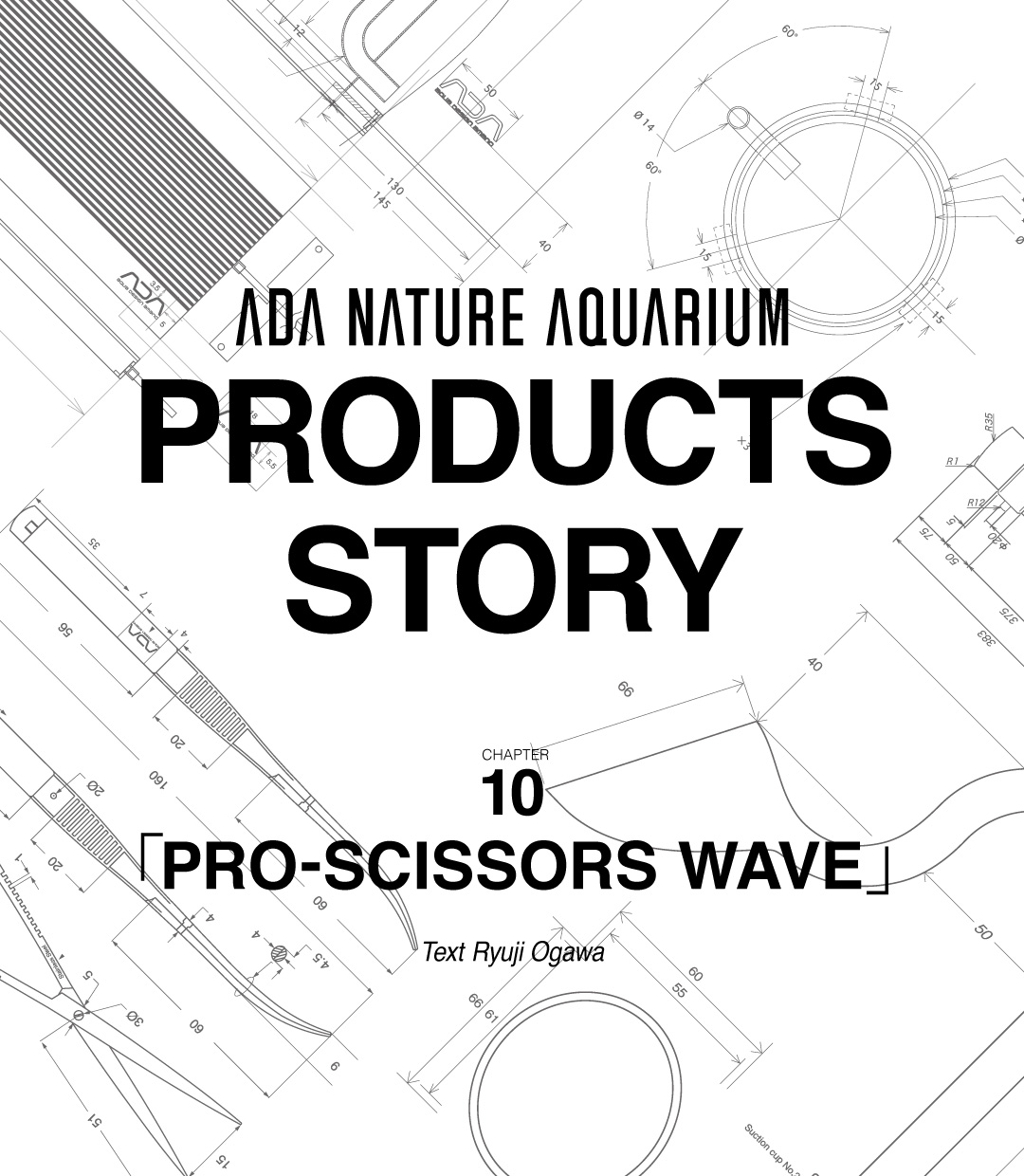 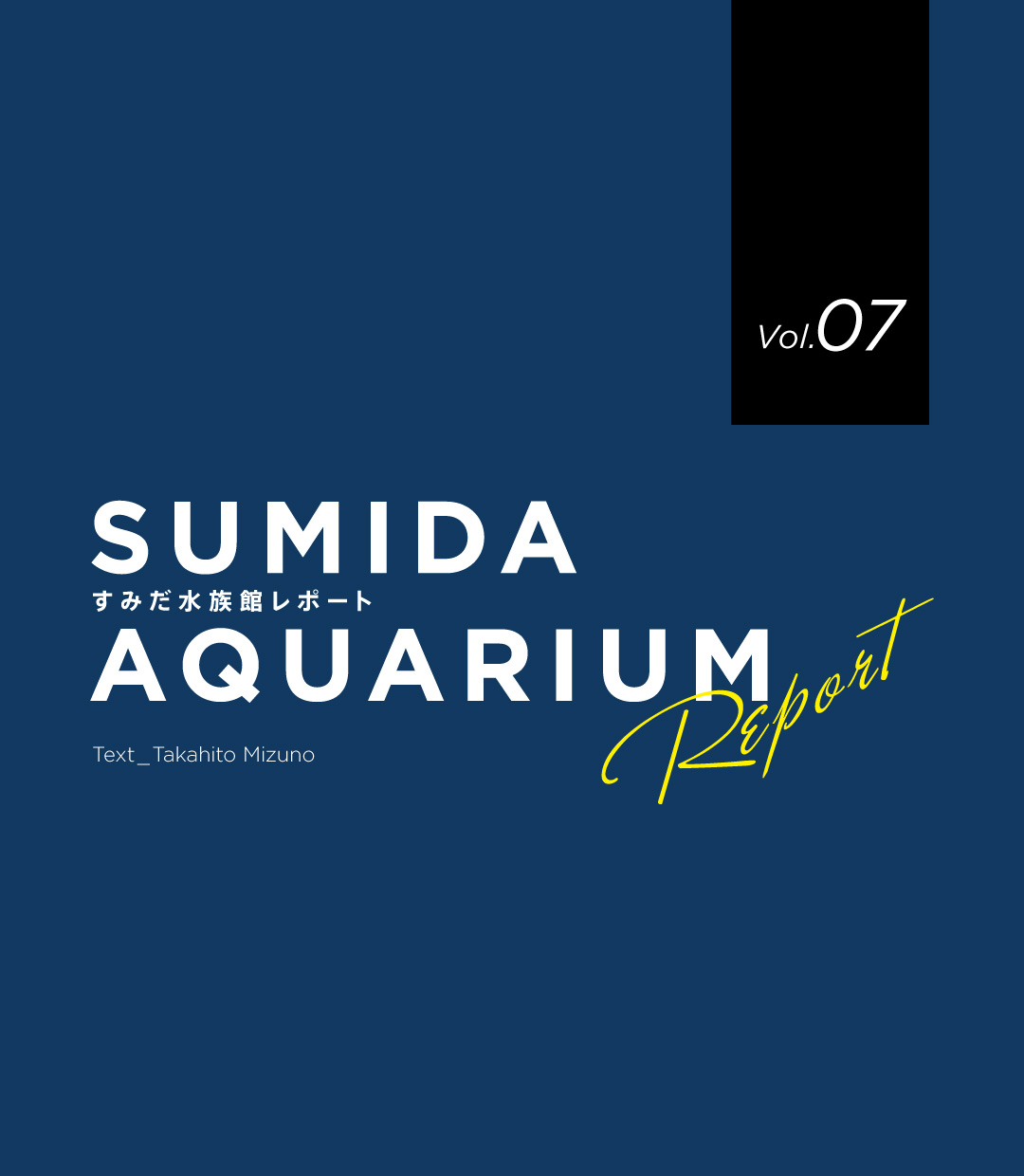 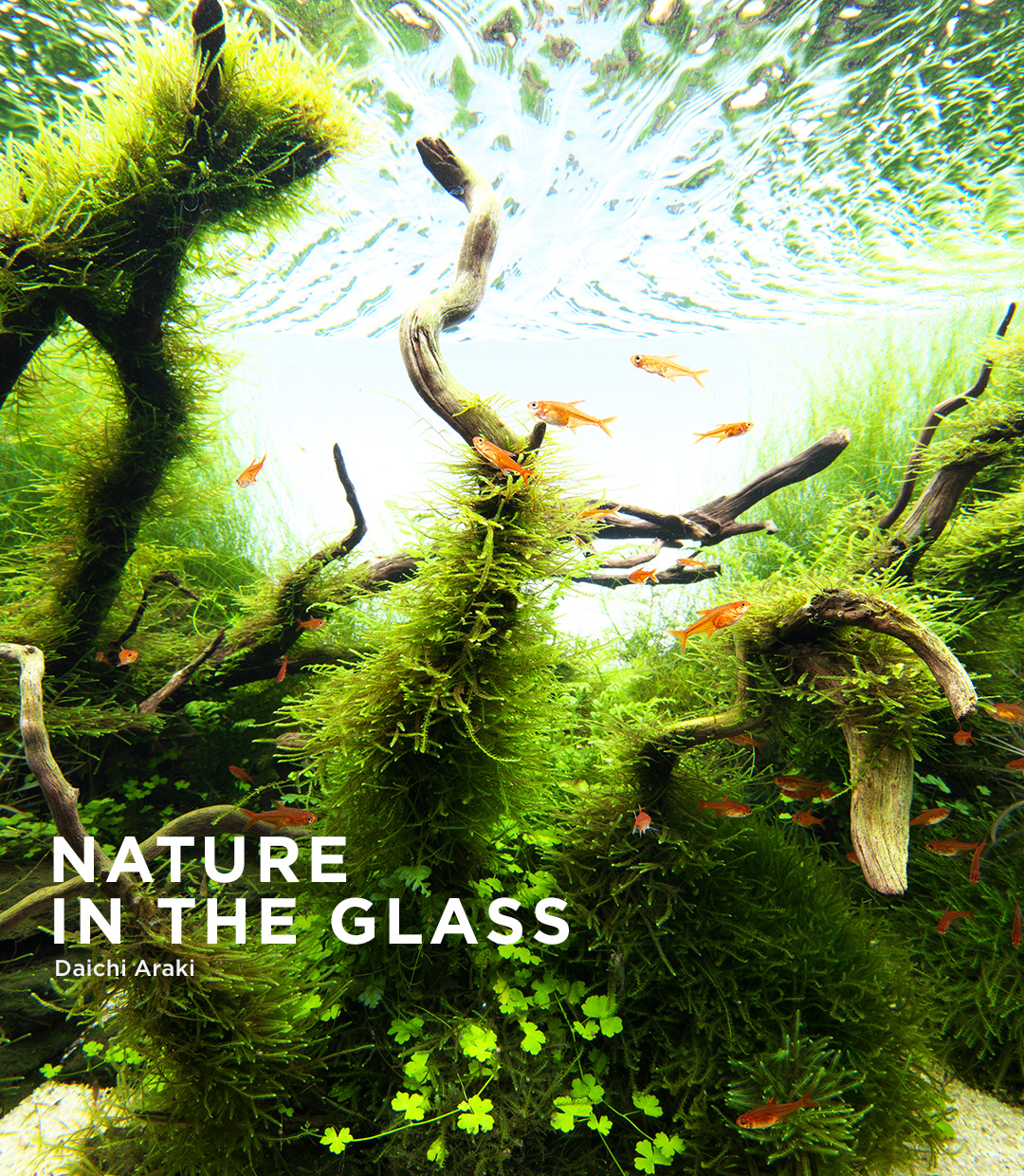