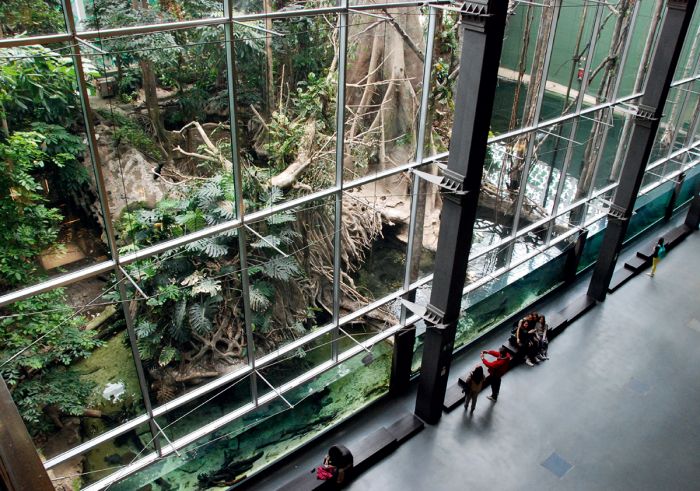 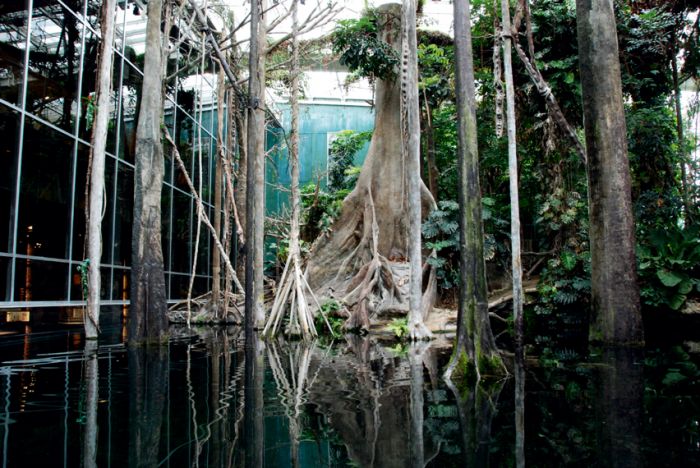 Mr.Takashi Amano introduced the world of Nature Aquarium to the big national aquariums. Sumida Aquarium in Tokyo and Florestas Submersas in Oceonario de Lisboa, were a milestone in the industry. Mr.Amano’s vision of a nature aquarium perfectly balanced within a confine space was a real breakthrough. Animals were not the main exhibit asset anymore, rather the beautiful habitat were fauna and flora dwell in perfect harmony. That’s the major legacy of Mr.Amano and as his pupil, I took the commitment to keep up with his vision.

In 2017 I was elected to run the biological area, flora and fauna, of the science museum of Barcelona known as COSMOCAIXA. The client’s decision of main objective to select me, from all candidates, was because they wanted me to bring my vision of nature to their exhibits.

As a real honour and challenge of COSMOCAIXA, which was open in 2004, almost one and a half decade later they have asked me to renew all the exhibitions, a major investment that will be accomplish in the coming 3 years. We started straight away with the freshwater tanks from standard aquariums to nature aquariums. To work for a science museum brings a further challenge as each exhibit has an educational purpose, so the main objective of an exhibit is to explain a scientific concept to the society. We started with the photosynthesis exhibit by renewing it completely and introducing high photosynthetic plants with a full ADA substrate and CO2 system. Of course, I used as foreground plant riccia fluitans as a wink to Mr.Amano, as it ends up covered with air pearls to express beautifully the photosynthesis process. Then, other tanks followed the changes where the plant claimed a main focal point along with the fauna. 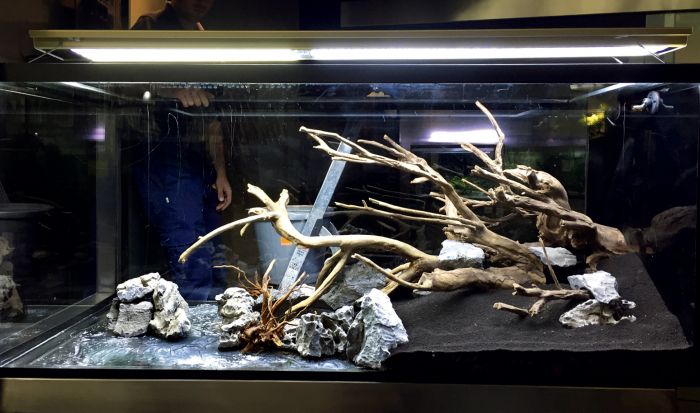 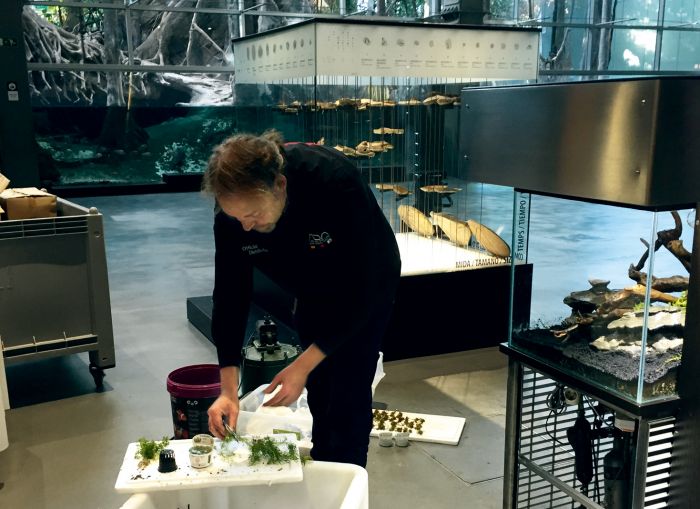 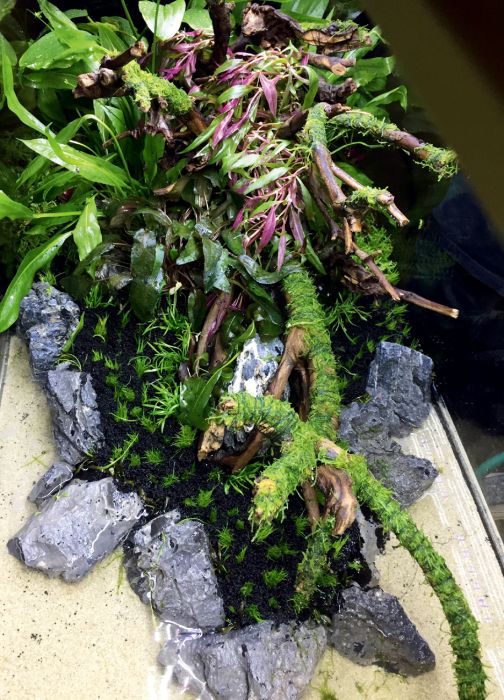 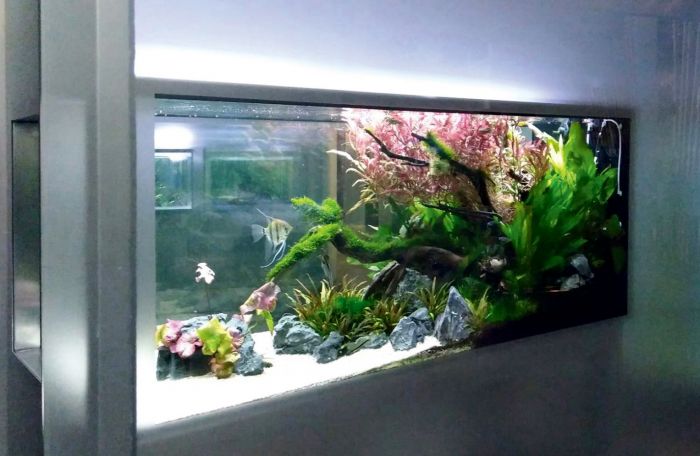 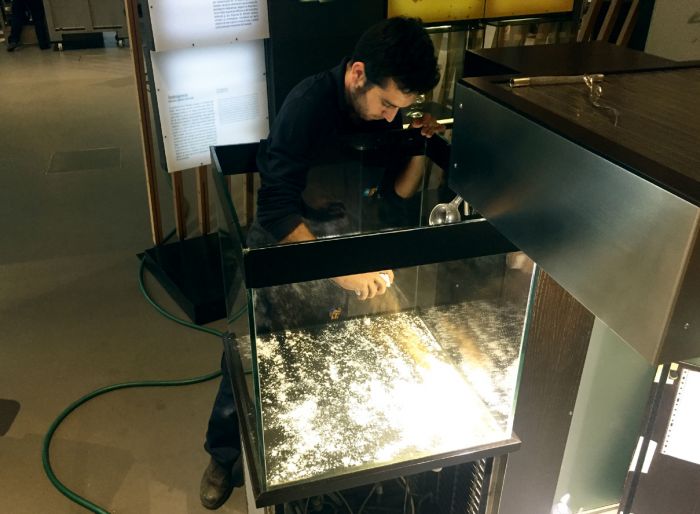 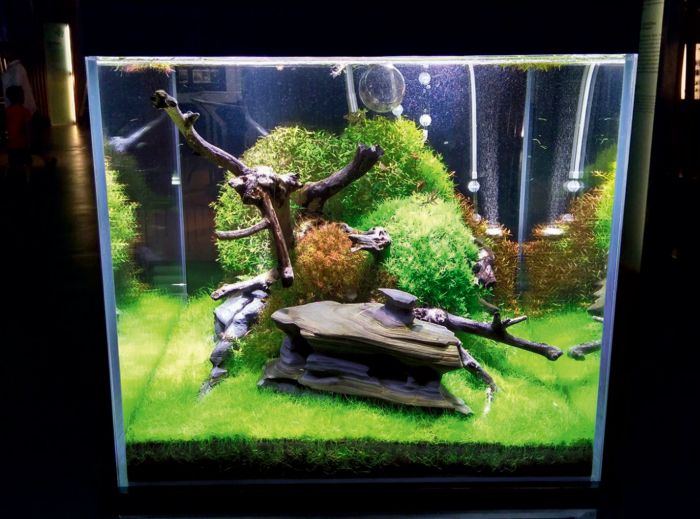 The main exhibit, Bosc Inundat –submerse forest-, was in poor condition, so before starting the main changes we wanted to improve the conditions. Therefore, we apply the same technics as  Mr.Amano taught me on the huge terrarium, we started by improving the soil condition, ambient condition, water and fertilization, and in few months the forest revitalised like the amazon.

In the coming months major changes will be done in the museum so we will keep you updated with another article to show the major improvements. 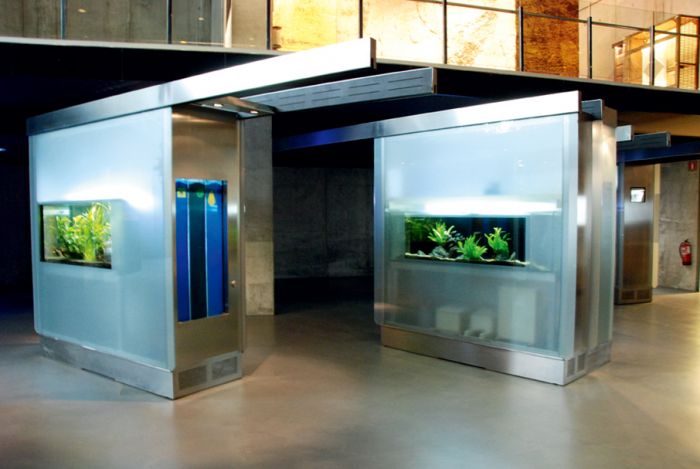